I grew up in Eastern, KY where my parents taught at a private boarding school. It was, in large part due to this upbringing and having such an incredibly supportive family, that I attribute my life direction and subsequent success.

I played high school and college basketball and coached at my alma mater, Atlanta Christian College, until meeting my beautiful wife Brandy and then deciding that I didn’t want to be on the road recruiting and coaching each winter.

I began my career in the fitness industry managing health clubs and still pursing my love of competition. At one point I was managing a health club, training for my first Ironman triathlon, launching my personal training business and Brandy and I were having our second of three children within the same year.

Not long after my Ironman I knew without a doubt that what I wanted to do with my life was to be a life coach. My goal is to “Inspire People to Reach Their TRUE POTENTIAL”.

After 14yrs as a personal trainer and coach I can say that I am living my dream. I now have three beautiful children (Seth, Sam and Brooklynn) I own a personal training studio in Peachtree City, Ga and I know that I am doing with my life what the good Lord intended me to do.

I continue to work on myself first, as I try to lead my business and my family by example. Through continued education, reading (one of my biggest joys), physical challenges and the ever ending pursuit of “mastery” of my habits I hope I make an impact on those I’m blessed to call friends, family and clients.

Favorite Quote: “Success is not to be pursued, it is ATTRACTED by the person you BECOME” 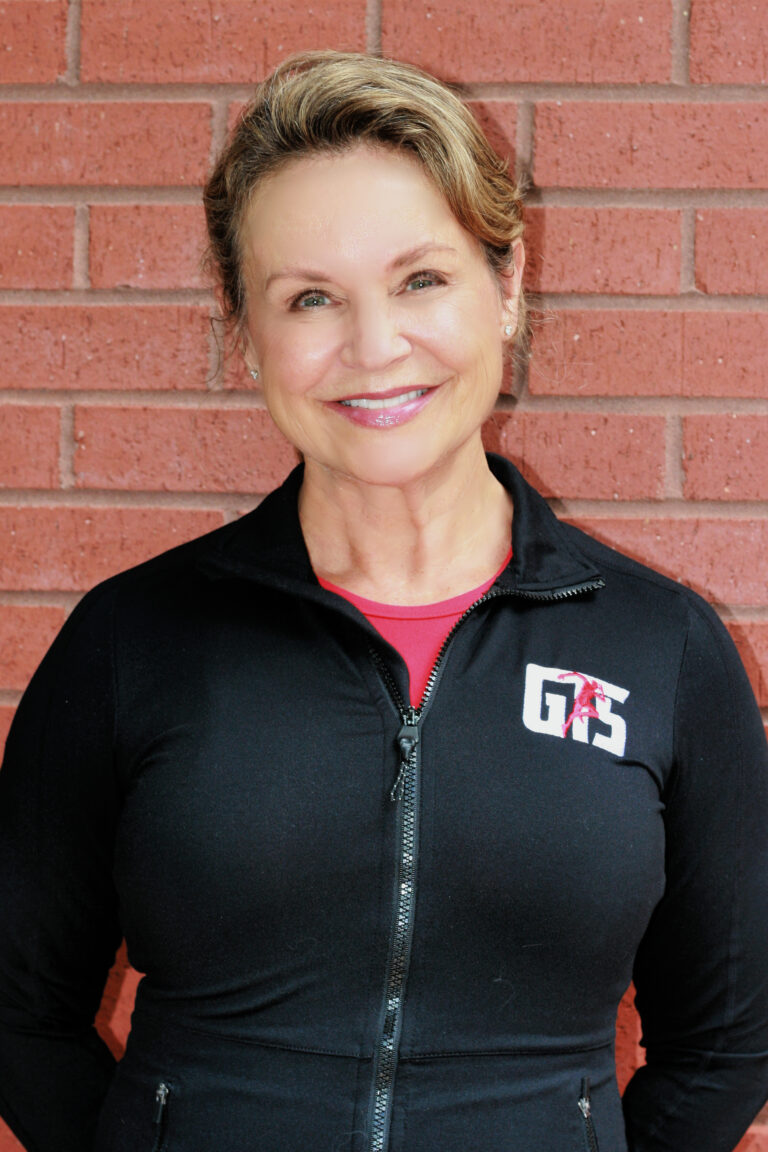 I was blessed to have been raised by very health-conscious parents (in the hills of East Tennessee, no doubt) and we all worked tirelessly in our large organic garden. This was way before organic gardening was “cool”. Daily doses of Barley Green and Brewer’s yeast and family “workouts” in the living room were common at our little house in the valley. Even so, I still viewed myself as the “thick, stocky girl” and struggled with body image through college and adulthood. As a nurse then a full-time mother, I worked really hard to maintain a healthy weight and began to incorporate exercise 3X week to maintain some sanity… a little time to myself. Through perseverance and a couple of good role models, I began to understand the real value and vital importance of staying strong and getting regular exercise. The call to share this new “love of strength” with others, especially women who were intimidated by fitness and/or just didn’t know the powerful life benefits of strength, started to become real to me. I became certified in personal training and began donating my time at The Bridge in Peachtree City leading classes for anyone who wanted to attend. In 2013, with the encouragement of good friends, I increased my cardio endurance by setting some running goals. Because I still viewed myself as “thick”, I never saw myself as being able to run very far. Plus, I didn’t like running! But at age 55, I finished my first half-marathon in 2 hours and 10 minutes. It was an emotional race! Over the last 6 months, I have reached another goal that I didn’t ever see myself reaching. This one had eluded me for over 30 years. With the help of Jeremy Gritton’s nutritional coaching, I finally reached my wedding weight, shedding those last pesky 5-8 pounds!

Make an exercise and nutrition plan for your week and stick to it. Especially as we get older, Weight management is 80% nutrition and 20% exercise. There will always be a “life” that will get us off track, but expect it, and get back on your plan right away.

TYPICAL TRAINING WEEK FOR ME

Rudy, The Blind Side 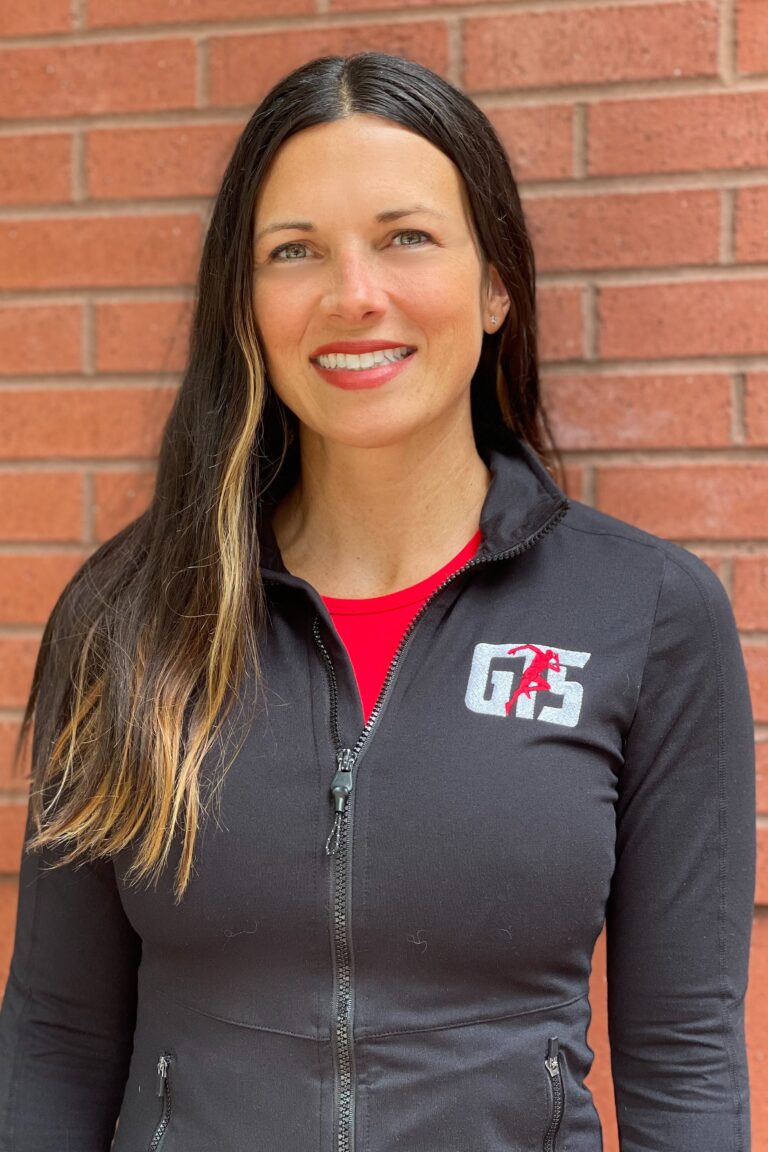 Growing up, I watched my dad faithfully run 3x a week, and doing body weight workouts at home. He still runs at 73! My mom was very interested in health food and made her own bread from scratch, even milling her own wheat! So I’ve always had a desire to be healthy. While in college at Auburn University, I started running. I ran first half marathon in my early twenties and stayed pretty active. But my weight would still fluctuate based on diet. I struggled with infertility and some hormone issues and really decided to clean up my diet to aid in trying to balance my hormones. It made a huge difference and I got pregnant! When my baby was 1 years old and I stopped nursing, I knew I was at a crossroads in my life. I could get back in shape, or not. I knew if I chose not too and continued having babies it would be so much harder. So i found a small crossfit gym in Marietta, Ga with a female coach and fell in love! I had never really done a lot of weight training before, and I was amazed at the results I saw in my body, and in my mental health! I loved that hour a day that was just for me! I had two more babies and continued to crossfit through both pregnancies! I started my journey with consistently weight training mixed with cardio 10 years ago and have never looked back. At 40 years old, and 4 kids, I feel like I’m in the best shape of my life through consistency, clean eating, weight training, and some cardio. When covid hit and all the gyms closed, I started leading outdoor workouts in my neighborhood and I realized how much fun it was to share my passion for health and wellness with other people. I got my certification as a personal trainer last summer and began working at GTS!

I truly do love helping other people find what I found- that they can do more than they think they can, they can get back in shape and push, and they can see the results they are looking for. I started a wellness website this year, taking my passion even further, and share my thoughts and tips on wellness in mind, body, and spirit, as I
believe these three areas are linked and all equally important!

Small steps lead to massive change! A whole ship can be turned by only a 2-degree change. It’s the same with us! Small, consistent changes lead to lasting results! Also find a type of workout that you enjoy and look forward to!

TYPICAL TRAINING WEEK FOR ME

I do a weight training workout 4-5 times a week, and 1 -2 long runs. I also chase around 4 kids, which is the harder workout;)

Ozark, Friends, Dead to Me, Lost 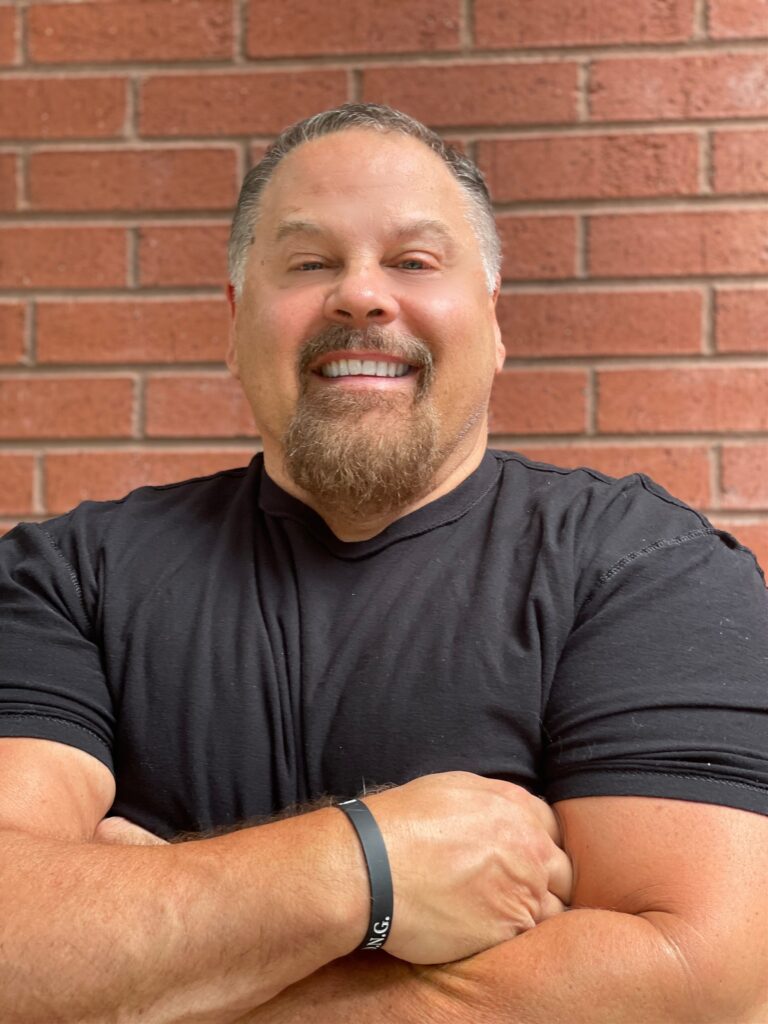 I was raised in the foothills of the Ozark Mountains in a little place called Pickles Gap Arkansas which is just up Hwy 65 from Conway. If people ask me where Conway is I just tell them it is right between Toad Suck and Pickles Gap.  I was always involved in sports from first grade on. My brother and I played baseball, football, track and field and we grew up around rodeo. I rode bulls and my brother rode bareback horses. He was a much better cowboy than me. I remember my dad coming home after work when I was in the first grade and working with me (coaching me) how to take handoffs as a fullback/running back. The future saw me on the other side of the ball, and I became an Inside Linebacker. I attended the University of Arkansas and became a Razorback which was my boyhood dream. I am also a musician, so I took a hiatus from school after football and moved to Hollywood California back in the mid-eighties with my band Crimson Tear playing the Whiskey, Gazzaris, the Troubadour and others in a seemingly endless pursuit of the elusive record deal.

I went back to school after our band broke up and I attended the University of Central Arkansas in Conway where I earned my Bachelors in Kinesiology and my Masters in Exercise Physiology with an emphasis in Human Physiology. I became a gang counselor for a few years between my bachelor’s and Master’s in Little Rock Arkansas which was frustrating and sad. I ended up leaving that and taking a Football Graduate Assistantship at Central Arkansas while working on my MS. I asked and got permission to create the first Strength and Conditioning program while I was a Graduate Assistant at UCA. I was a part time assistant at the University of Arkansas at Little Rock until I was hired for my first full time assistant position at Rice University. I was fortunate to be a part of a very winning baseball program reaching the College World Series 6 times winning 10 Conference Championships and a National Championship by beating Stanford in the best of series final in 2003. I moved to Southern Miss next and was fortunate to help that baseball team win several Conference Championships and get to the College World Series for the the first time in school history. I then took the head position at West Georgia and was able to help turn around a football program that had won 4 games in 3 years to reaching the National Semifinals twice in 2014 and 2015. I have trained almost every sport that you can think of over the years and one of the highlights of my career was training Meg Henderson for the Olympics as a pioneer member of the Women’s Bobsled Team.

I left Collegiate Strength and Conditioning in 2022 after 26 years and I am enjoying the GTS experience and it is an experience. A GREAT training atmosphere with a family feel, and good people, coworkers, and clients as well. 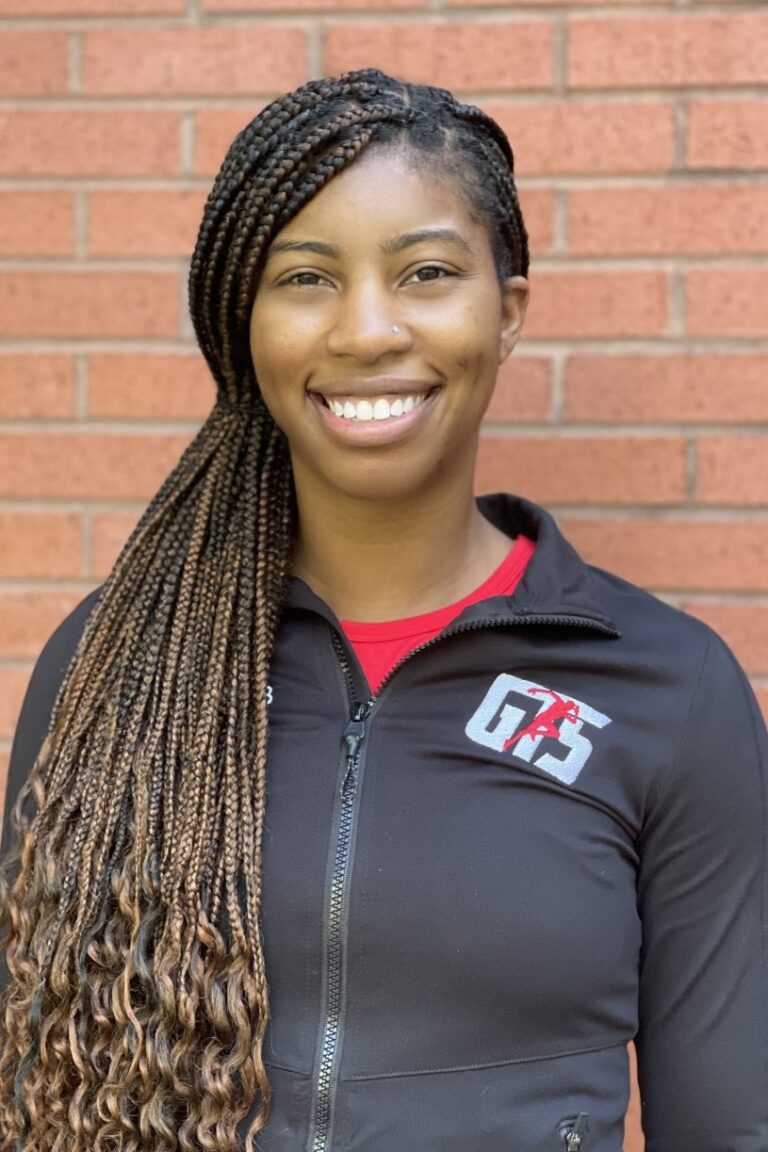 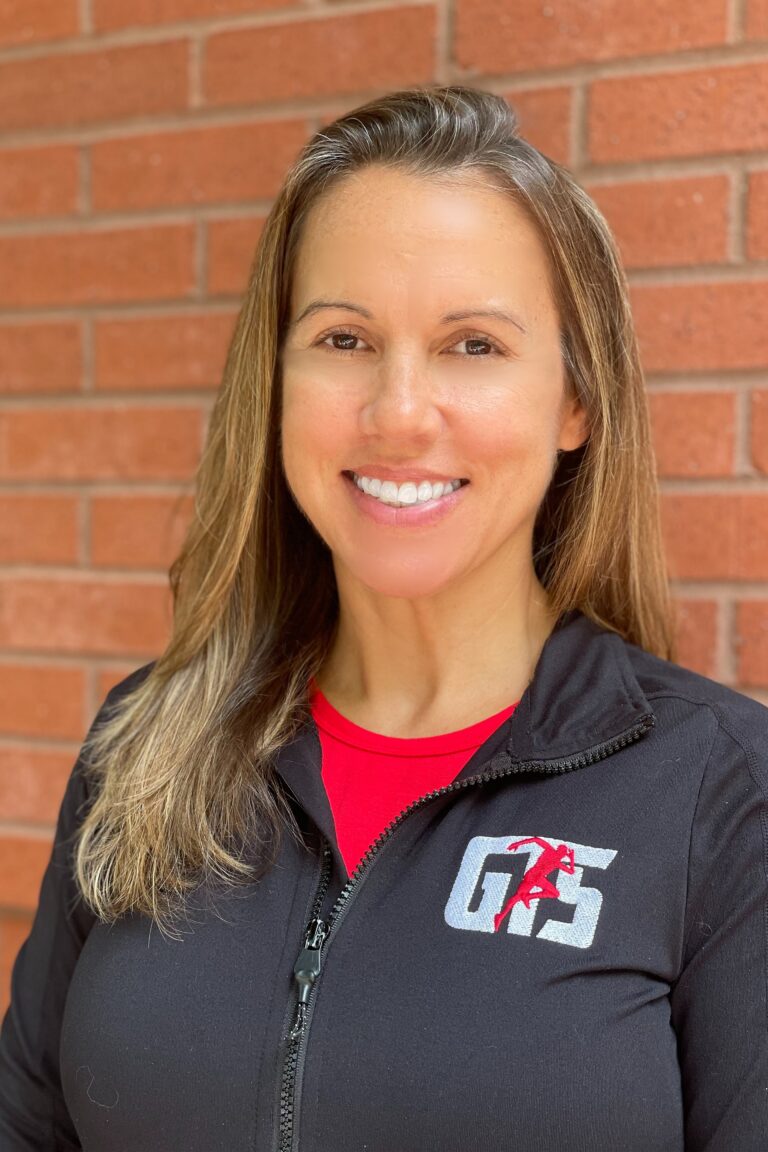